What compels you?  What are you passionate about?  What gets you out of bed in the morning?  And what keeps you going when it all goes wrong – which from time to time it will!  For me it  involves revisiting the story that birthed that passion in the first place.  Here’s my revisit:

It was my final year in Theological College, I was 22.  And like many other students I had been wondering what the future would hold.  It was a cold night and the rain hadn’t stopped for several days.  By now it was approaching midnight and I was lying in my bed, I found the rain hammering against the window comforting.  I was beginning to drift off to sleep when I felt God speak.  I had been a Christian for only six years, and had spent the last three in college, but I knew when God was saying something.

“Do you really care about the young people and children of this nation?”

“God you know that I do” I instantly responded.

The conversation continued, “If you really care then I want you to pray now.”

I rolled out of the quilt and knelt beside my bed.  I began to pray when God prompted once again.

“If you pray there you will be asleep.”

I know that God knows all things, but I don’t think He was particularly stretched in that revelation.  I pulled on my clothes and suggested to God that we could probably do this tomorrow if He wasn’t too busy.  Still, I ventured out into the wet night and made my way to one of my favourite prayer spots, a footpath bridge that crossed over a river.  It took me less than 10 minutes to get there, but by the time I arrived I was very wet.  There was certainly no chance of dropping off to sleep, but I also didn’t much feel like praying – I was wet and cold.  The rain was hammering down and the river looking particularly rough.  The only prayer I was praying was ‘God, what am I doing standing here?’  There was no response.

I stood for a little longer and was about to make my way back when I saw two other students walking towards me.  Contrary to urban myth it is not commonplace for theological students to be walking around at midnight in the rain, let alone to find three of them out at the same time.  They approached me and asked, “Did you hear a scream?” 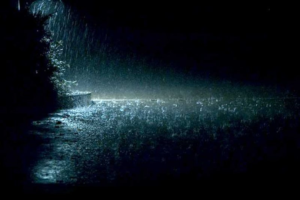 By now I was wet through to the skin, I was shivering with the cold and if anything the rain was coming down faster and the wind blowing more ferociously.  But I didn’t care about the wind or the rain, I had felt something that God feels, I had shared for a micro second an inkling of the pain that Father God feels and for a brief moment I understood how desperate God was to reach these children.

“God”, I prayed “I want to make a difference.  Use me to reach these children, to connect with these families.  God use me.”

Amy Carmichael was a missionary in the 19th century.  One night she had a dream.  In her dream she found herself on the edge of a cliff.  Far below she could see the waves hammering onto the rocks.  And as she stood there she saw people rushing towards the edge of the cliff.  She ran back and forth trying to stop them falling off the cliff.  She managed to rescue many but she couldn’t get to them all. 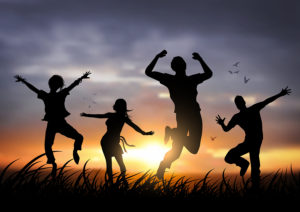 And then she woke up.  She asked God what it meant.  God explained that the people who were walking and toppling over the cliff towards hell and she was rescuing them.  Those who sat and made daisy chains represented the church of her day, wrapped up in complacency, apathy and indifference.

I do not believe that the church today is the same as the church in Amy’s day.  I genuinely believe that for the most part we have conquered the enemies of indifference, apathy and complacency.   But we are now facing an even more subtle enemy.  Our biggest enemy today is not indifference or complacency or apathy, it is not inactivity, it is instead activity!  We are all busy doing something. We all seem to be engaged in frenetic activity.  Our lives becoming increasingly busy.  And our churches are not immune.  Huge activity dedicated to ‘helping people’.  But what we have inadvertently done is this, instead of standing on the edge of a cliff we have opened a range of rescue services at the foot of it.  We wait until people fall off the cliffs and onto the rocks below and then and then we try and help them.  We wait until their lives are in pieces and then we offer to put them back together.  We are trying to perfect the art of repairing men and women.  In the 21st century the church has some of the best counselling services available.  We can counsel drug addicts, we can counsel alcoholics, we can counsel those who are having relationship problems, we can counsel those who were bullied at school… pick a problem and we have a counselling service for it!  Lots and lots of activity, lots of people working furiously at the bottom of the cliff but very few at the top.  My grandmother put it this way,  “Prevention is always better than cure.”

Children’s ministry stands at the top of the cliff with arms wide.  It is about building strong children, making them secure, introducing them to a God who loves them.  Showing them a Godly example and convincing them that they have a destiny that God set apart for them even before he began to put the universe together.  The Bible leaves us in no doubt that the devil comes to kill, steal and destroy.  To kill innocence, to steal destiny and to destroy lives.  It is sheer stupidity to watch as the devil does these things and then some years later try and repair the damage.  We must reach children before they hit the rocks.  We must stand at the edge of the cliff.  The tragedy is that 80% of the churches resources are still being poured into repairing men and women.  We must work to change this, but as we work we must stand at the edge of the cliff.

I have a vision.  A vision of children and family workers across our entire world with linked hands, committed to winning a generation for Jesus.  Committed to the re-evangelisation of their community, their country and their world.  It is possible. 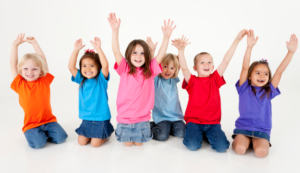 Our churches glamorise and sensationalise the man or woman whose life was in ruins on the rock and then was put back together.  Those who were drug addicts, murderers, thieves and muggers pack our arenas as they tell how God changed their lives and I cheer with everyone else, I stand in awe at the grace of God, but I take great exception at those who then mutter, ““Wasn’t that a great testimony?”  The answer is ‘no’.  That was not a great testimony.  It was great to see God changing a life, it was great to see the Holy Spirit drawing a sinner back to Christ, but it is not a great testimony.  Great testimonies are those where a person stands and tells of how they gave their life to Jesus at a very young age and they felt God speaking to them and they lived their life for him and they became a doctor, or engineer, or miner, or missionary and served God all their lives – now that’s a great testimony.  It’s not so dramatic, it may never pack arenas, but never let go of the fact that this is what we should be aiming for.

I am not advocating that we close our counselling centres: there will always be those that slip through and better that we reach them later on than that we don’t reach them at all.  But, at the same time let’s keep the ultimate aim in our minds.  Reaching boys and girls.  Right now:

It’s time to hear that scream for ourselves and take our place on the edge of that cliff.