Where Adventure Begins has just completed its tour of Wales.  St Padarn’s Institute – the department of the Church in Wales responsible for training sponsored the tour.  And in all 450 people came to see the production.  One performance in each Welsh Diocese.   It came on the back of 20+ performances in England throughout January.

The catalyst for this initiative was a round table discussion in 2015 between various denominational leaders and para church organisations that I was privileged to attend.  The subject was how we better enable Christian parents to communicate faith to their children.  The subject was brought home by a survey conducted by Evangelical Alliance in 2012 that showed that of all the Christians in UK churches, 6% had come through Alpha, Emmaus, Christianity Explored or some other form of course but 56% were there because they had grown up in a home where parent(s) were followers of Jesus.  Faith in the home is a significant factor in increasing the number of Christians.  And if you are wondering, the majority of the rest were in church because a friend invited them – it’s always relational. 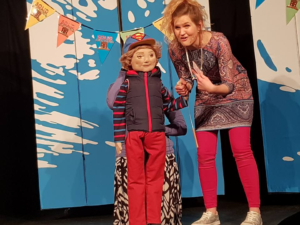 There were other statistics being presented at this time.  Theos the Christian think tank concluded that one in every two children who grow up to  in a Christian home walk away from church.  That is a worrying statistic.  The final piece of the puzzle came as a result of some research I did at a large Christian conference where I asked parents to talk about their priorities for their children.  1200 people completed the survey, of which the majority listed “faith” as their number one priority for their children. Their other priorities included, family, good friends, education, and way down the list came “Church” (The research is written up in the Research periodical Future First).  The research highlighted a significant problem because to pass on faith from one generation to the next outside of the context of a Christian community, a church, is very difficult.  We need an environment where we can ask for help.

So in response to all this in 2016 we commissioned Riding Lights Theatre Company to prepare a play to communicate one central theme, “Why parents should communicate faith to their children.”  The rationale was this, if parents recognise WHY, then they will work out HOW. 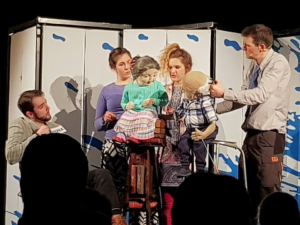 But we did want to work with others to ensure the HOW was being addressed.  So earlier this year Care for the Family released their “Kitchen Table” project, designed to provide resources for parents, The Bible Reading Fellowship initiated their “Parenting for Faith” projects to achieve a similar goal and New Wine England launched their HomeTime manual.  And to aid Children, Youth and Family ministers I released my book, “Changing Lives.”  (Welsh language version coming soon).

The Riding Lights production of “Where Adventure Begins” arrived in Wales at the start of February with lots of support.  The Bench of Bishop’s got behind the project.  Bishop’s mentioned it in their Ad Clerum and the Bishop’s of Llandaff and the Bishop’s Advisor for Young People and Children for St David’s used their own budgets to subsidise ticket sales.  The result was good attendance from each of the diocese and more than that, evidence of the exciting things that can happen when we all work together. 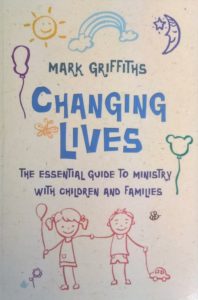 The Tour now moves back into England and will conclude in Scotland on 31st March.  But it was an extraordinary tour of the Principality.  And towards the back end of the year we will take various clips from the performance and video them to use in a curriculum to build on what has begun here.

Denominations and para church organisations working together.  Good quality research acting as the foundations.  And research that becomes action.  Great things can happen….

But it really is the most extraordinary production.   Make sure you see it.